The following is for guidance only to help you plan your appointment with a preferred doctor or nurse.

It is a long established fact that a reader will. 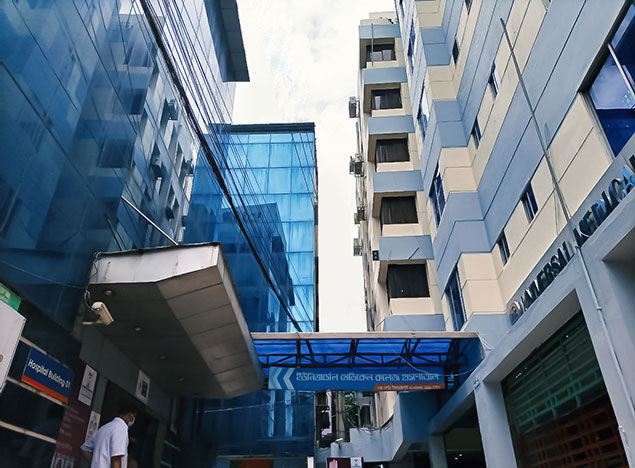 UMCH is one of the fastest and rapidly growing critical care specialized hospitals in Bangladesh.

Located at 74/G, Peacock Square, New Airport Road, Mohakhali, Dhaka. It is situated in the heart of Dhaka with an easy access of transportation and has been showing its dedication and true interest in serving people to every means and resources. It was established in the year of 1996 and subsequently being acquired by the current owner in 2004 with an objective to provide best quality health care services.
we materialized ourselves to be a multidisciplinary healthcare service providing tertiary level of care with the core value to make healthier health sector. UMCH has realigned itself as an innovative medical service provider through a completely revolutionary strategy with a long history of excellent care and innovation.
UMCH takes its management team as its strength as it consists of highly qualified and experience business and medical professionals. With their continuous hardship, Universal Medical College & Hospital Ltd. has turned out to be one of the most rapidly growing multi-disciplinary super-specialty tertiary care hospitals in Bangladesh.

Notes submitted to the Attendance Office must include following:

Notes — Please be present at you scheduled Time.

1Provide your primary information about the following details.

1 Provide your primary information about the following details. 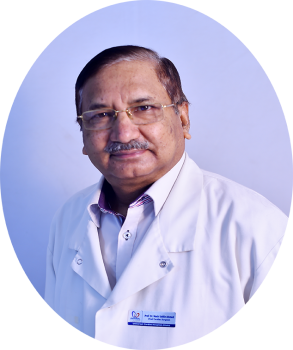 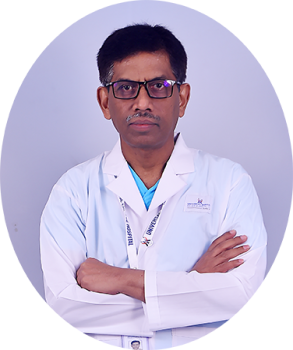 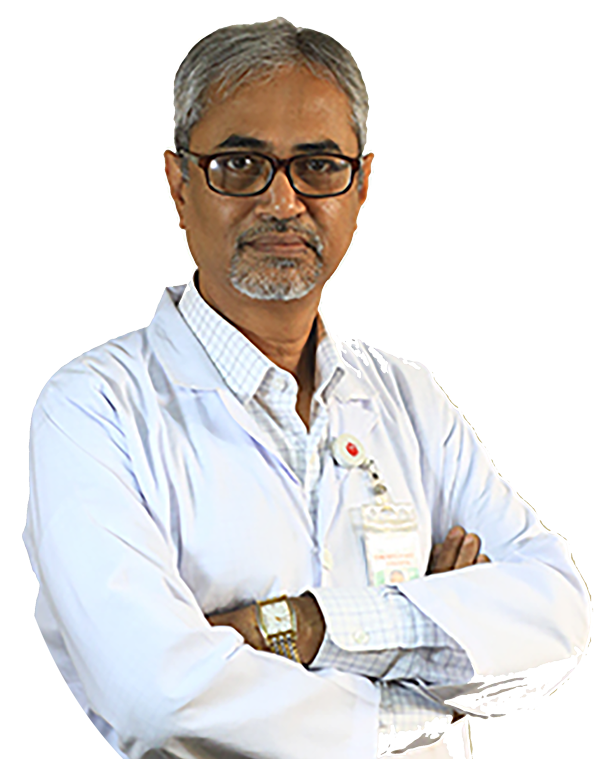 Their Critical Care Service is good, i feel like home when my father was admitted.

Universal Medical College Hospital is built, staffed, and equipped for the diagnosis of disease; for the treatment, both medical and surgical.

Department of Cardiothoracic & Vascular Surgery is...

Cardiologists are doctors who diagnose, assess and...

Orthopedics is a branch of medicine that focuses o...

A branch of medicine that specializes in the care ...

Pediatrics is the branch of medicine that involves...

Urology is a part of health care that deals with d...

Otolaryngologists are physicians trained in the me...

Nephrology is the subspecialty of internal medicin...

Doctors in the Division of Gastroenterology and He...

Endocrinology is the study of hormones. Hormones a...

Psychiatry is the branch of medicine focused on th...

Neurology is the branch of medicine concerned with...

It is the medical specialty concerned with the dia...

Respiratory medicine is concerned with the diagnos...

The Radiology and Imaging division at Universal Me...

Clinical oncologists are doctors who use radiother...

The department provides diagnosis, management and ...

Hematology is the branch of medicine concerned wit...

An emergency department (ED), also known as an acc...

This is when dermatology and its practitioners, ca...

Ophthalmology is a branch of medicine dealing with...

Burn and Plastic Surgery (SHNIBPS) is a hospital d... 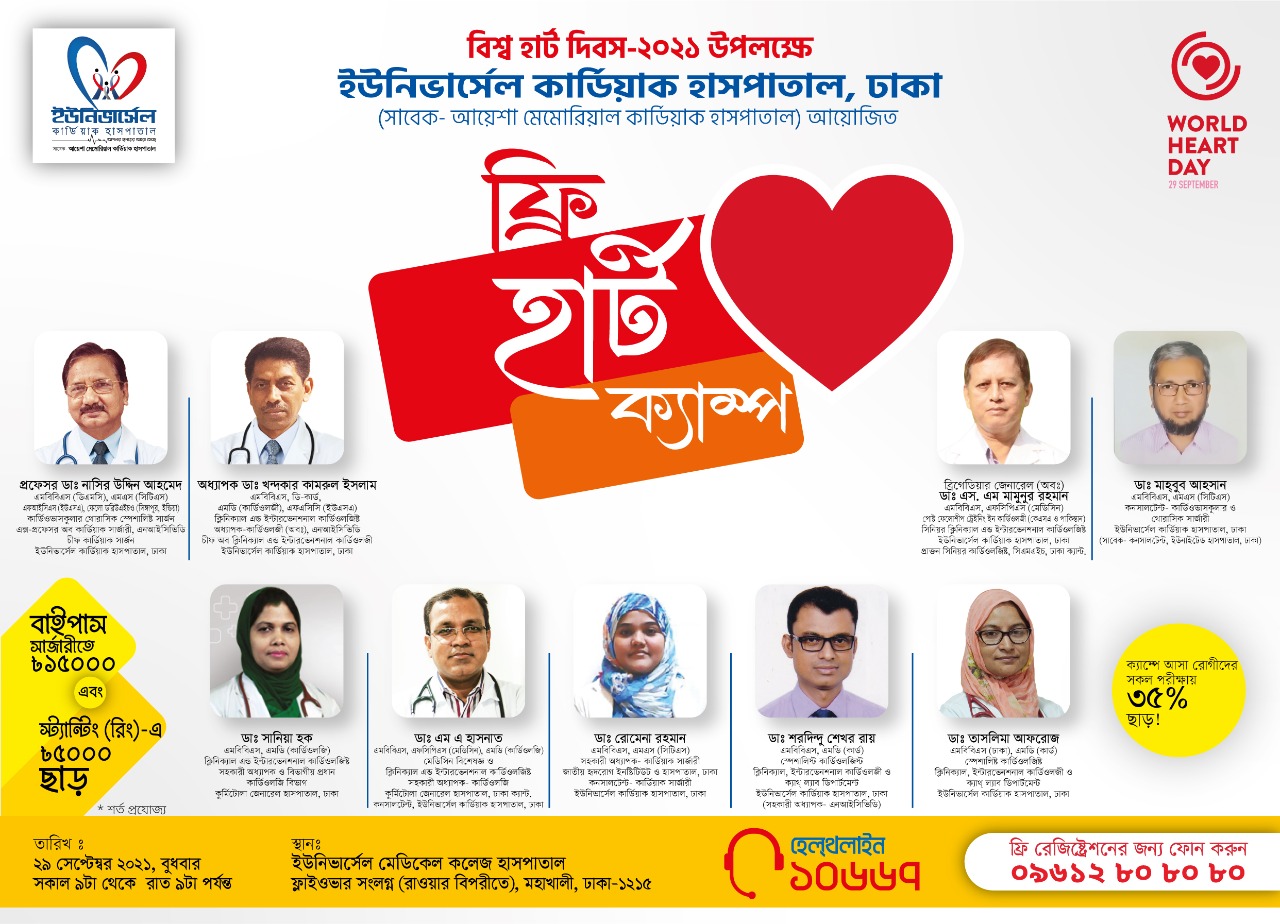 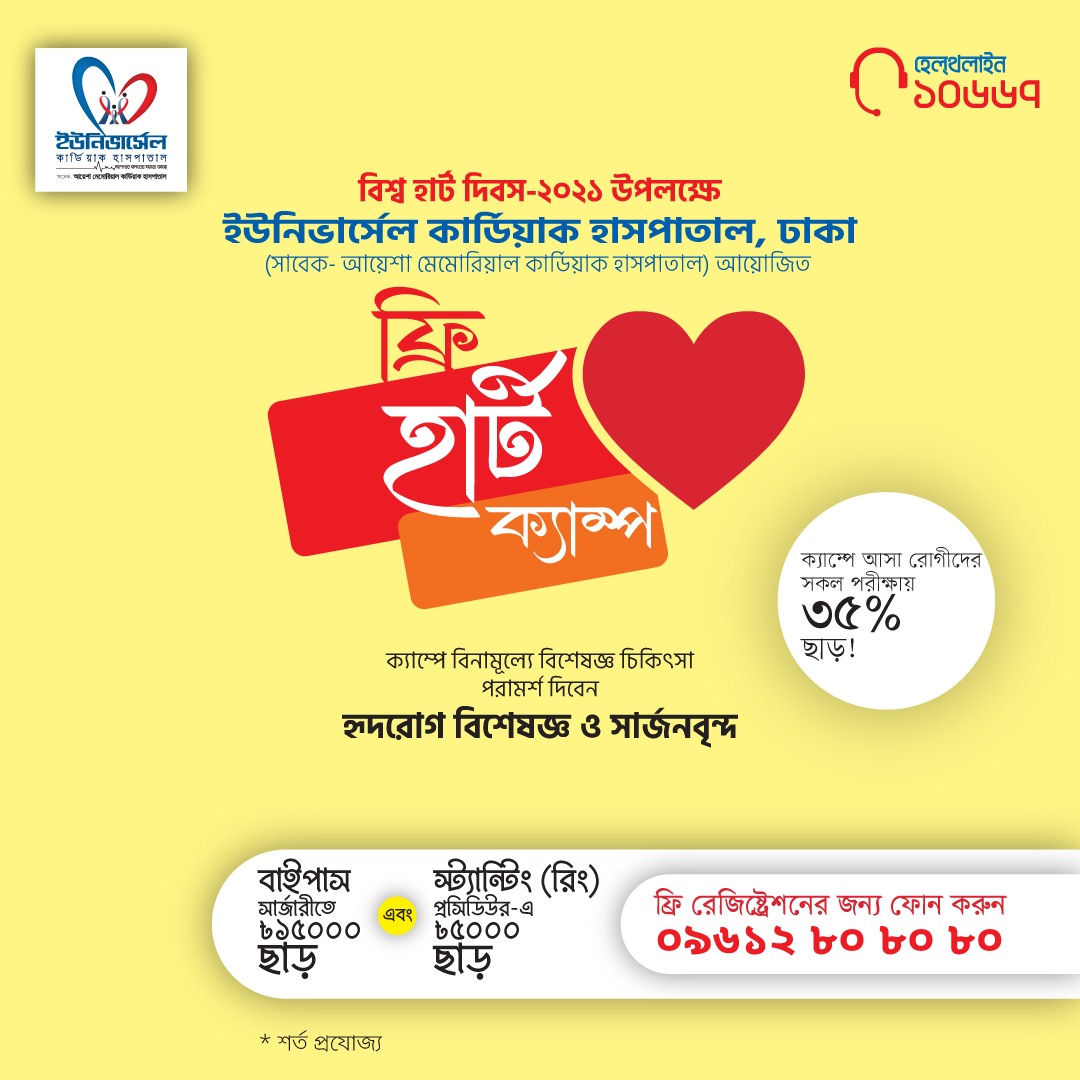 Greetings from Universal Medical College and Hospital Ltd. At world heart day we organize a privileged free heart camp for our corporate partners. Where… ...

Universal Nursing College, a subsidiary of Universal Medical College Hospital, and Western Sydney University, one of the top 100 universities in nursing… ... 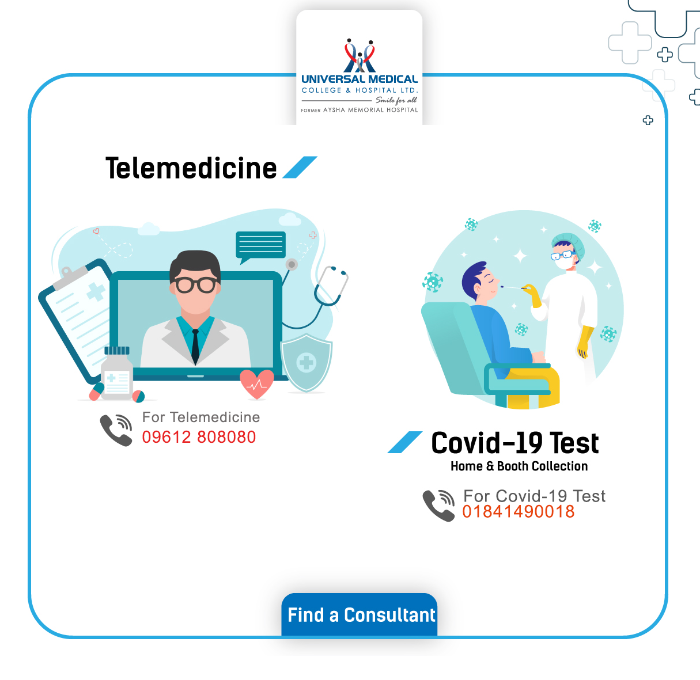 Make an appointment! Go there